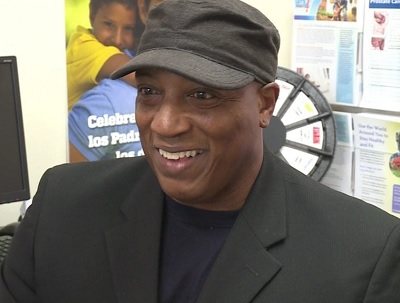 MADISON (WKOW) — Aaron Perry is laying the foundation to break down barriers for black men in Dane County and reduce health disparities.

He realized his dream seven years ago, while sitting in the chair at a barbershop, JP’s Hair Design, Inc.

That’s when the Rebalanced-Life Wellness Association was born, bringing black men together in Dane County to promote healthier living.

"We’re about education, awareness and support and that’s probably what I’m most proud of," he says.

The organization holds a health symposium every year, the men serve as role models for kids, getting them involved in community service and the guys get together every week to run, something that’s helped Aaron take control of his diabetes.

"I found out I was the world’s first African American diabetic to do an IRONMAN."

Joshua Wright is on the board of Rebalanced-Life Wellness Association.

He says, "Aaron has his own personal journey and he’s able and willing to share that story and the stories are really powerful at being able to help people feel connected to what’s going on."

But Aaron wanted to do more.

So he went back to the place he loves, JP Hair Design, and opened a free Men’s Health and Education Center in the barbershop, the first in the nation.

"You can talk about whatever, you can really get away from it all," says Edgewood College Nursing Student Dane Banks. "So, the fact that we’re getting health into the conversation is what I really loved about this idea."

With a hair cut, the men get a lesson in health issues they might be facing, help enrolling for insurance, flu shots and various health screenings.

"What’s very rampant in the population is diabetes and hypertension or high blood pressure," says Banks. "Over time, if things aren’t maintained or you don’t address them, things can only get perpetually worse."

Edgewood College has partnered with Aaron to offer the screenings at the center and refer men to treatment, if they need it.

Brandon Hogan is also one of the volunteer nursing students.

"I’m learning how to try to eliminate some of these health inequities that exist here in Dane County."

The organization is making waves in Madison.

"Our goal is to help lead Dane County as the healthiest county statewide for black men to live," says Aaron.

And they’re well on their way.

40 men visit the center every week and see dramatic results.

Dwayne Williams says, "I dropped about 20 pounds in the last three years."

JP  Patterson, owner of JP Hair Design, Inc. says, "The partnership here and the partnership with the barbers, we’re able to make some big things happen."

Nearly 900 men were served in the first year and other states have reached out to Aaron, trying to replicate the health center’s model.

"We’re hoping to make this something that goes nationwide," says Aaron. "We can’t fail with this, because the disparities are dire."

He spends 30 hours a week trying to advance his mission through the organization, that’s aside from his full-time job.